A Dispensary Visit from Montel Williams! 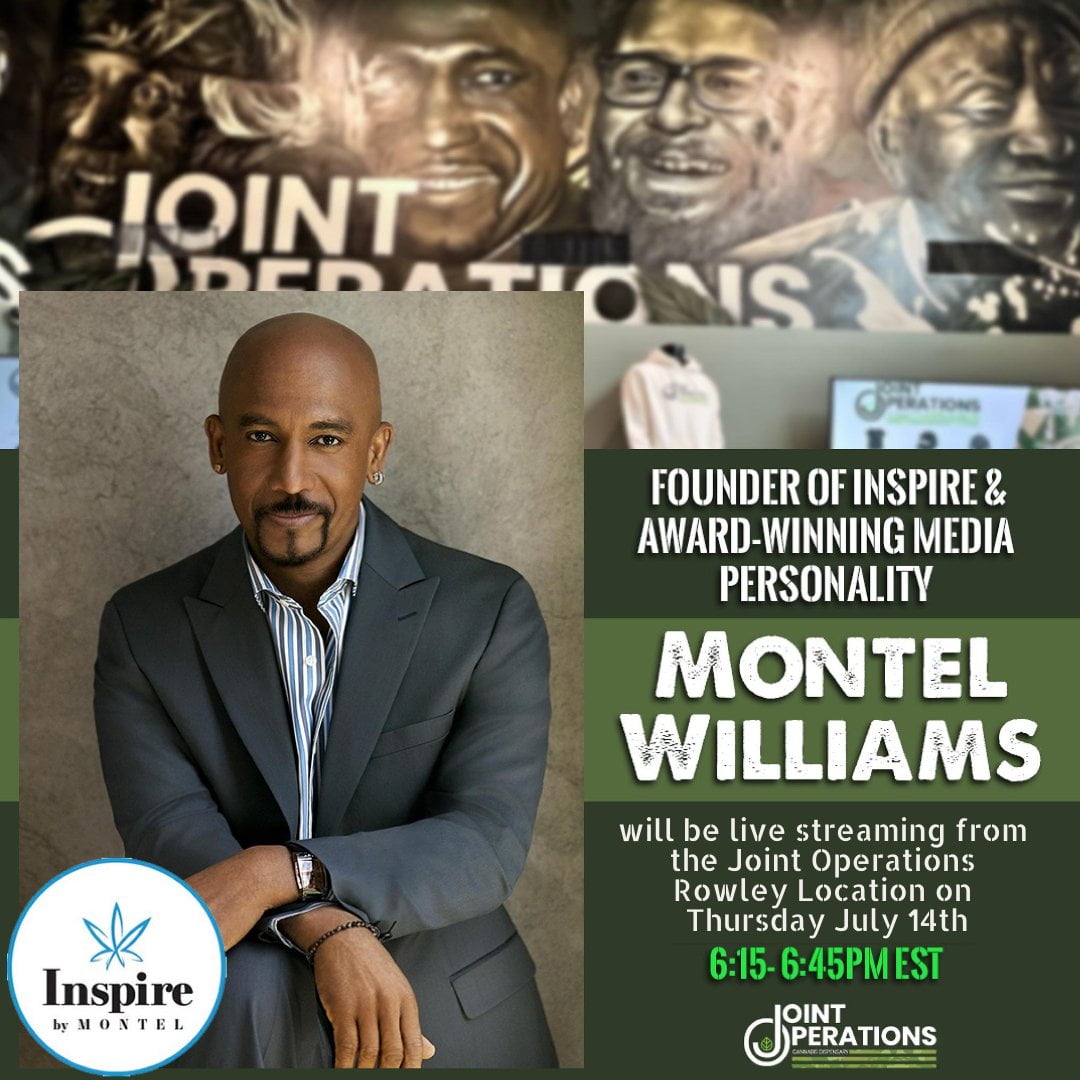 Montel Williams is an award-winning media personality, decorated former Naval officer, entrepreneur, and wellness advocate who was diagnosed with Multiple Sclerosis (MS) in 1999 and has used cannabis products as a medication to manage the disease’s symptoms. He’ll be here introducing his Inspire line of Cannabis, sharing his experiences using it, and also gain an exclusive sneak peek of our dispensary before the grand opening!

Williams has been an outspoken advocate for cannabis law reform for the past twenty-two years. He has worked to pass medical cannabis legislation in states such as New York, New Jersey, Ohio, Pennsylvania, and Connecticut and continues to advocate for reform at the federal level and in states where medical cannabis laws are not currently in effect. Williams—who graduated from the United States Naval Academy and served twenty-two years in the military—has led the push for military veterans to legally access medical cannabis without the threat of losing benefits.

The Freshly Baked Company, whom we have also podcasted with and are Veterans, will produce and distribute the Inspire by Montel products in the Massachusetts market, starting with a vape cartridge line which launches April 9th, 2022.

Inspire by Montel concentrates contain only cannabis-derived terpenes and are formulated in CBD to THC ratios that allow consumers to titrate to their specific needs.

PLEASE CONSUME RESPONSIBLY. There may be health risks associated with consumption of this product. For use only by adults 21 years of age or older. Keep out of the reach of children. This product has not been analyzed or approved by the Food and Drug Administration (FDA). There is limited information on the side effects of using this product, and there may be associated health risks. Marijuana use during pregnancy and breastfeeding may pose potential harms. It is against the law to drive and operate machinery when under the influence of this product. KEEP THIS PRODUCT AWAY FROM CHILDREN. There may be health risks associated with consumption of this product. Marijuana can impair concentration, coordination, and judgment. The impairment effects of edible marijuana products may be delayed by two hours or more. In case of accidental ingestion, contact poison control hotline 1-800-222-1222 or 911. This product may be illegal outside of MA.